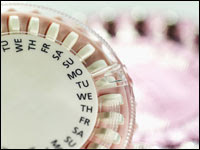 I'm not a woman but I find myself with a bit of knowledge that most women don't have. For some context I was raised with two sisters and as such I was exposed to a few things that I would not have been otherwise.

Birth Control for women, specifically the Pill is what I am going to write about today. I recently had a chat with a friend online about an NPR article. I listened to this article on the radio when it first came out and it reminded me of a discussion I had with a good lady friend of mine at college in which she outlined the same information as the article. Mainly that when your taking the pill, periods are needlessly engineered because there was no other way to sell the product.

This is called Continuous Contraception and this is how it works:

Continuous contraception works the same way as the 21 days on/seven days off cycle. It stops the body's monthly preparation for pregnancy by lowering the production of hormones that make pregnancy possible.

These periods are considered artificial because they're not shedding an unfertilized egg along with the uterine lining. And monthly bleeding, says Segal, "was actually a marketing decision made decades ago when the pill was developed.

"Marketers at the manufacturing company which developed the pill," says Segal, "felt at the time that an oral contraceptive might or might not be accepted by the public. These were very different times. Not only was this the first oral contraceptive but it was the first medication given to healthy women for any purpose at all." -Source

Now, after talking with my friend online, she mentioned that the problem with methods like this is that: 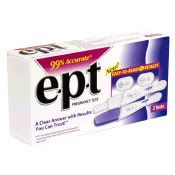 That being said, I think there are plenty of other indicators that a woman is pregnant rather than just having a once a month spot check so to say. Infact, if not having to survive through seven days of random pain and exchanging that for one of those $20 pregnancy tests every month seems reasonable to me. I mean it's better than spending $20 / month on asperin right?

I conjecture that once women get over their initial reaction of not having their periods, they will realize continuous contraception is preferable. In the end, it's not my decision. But I think with enough information, those that are risk taking will find better alternatives to the current practice.

I'm still looking forward to whats developed for a male hormone contraceptive treatment. And despite what you may read, we're not all against it.
Posted by Eliot at 5:02 PM